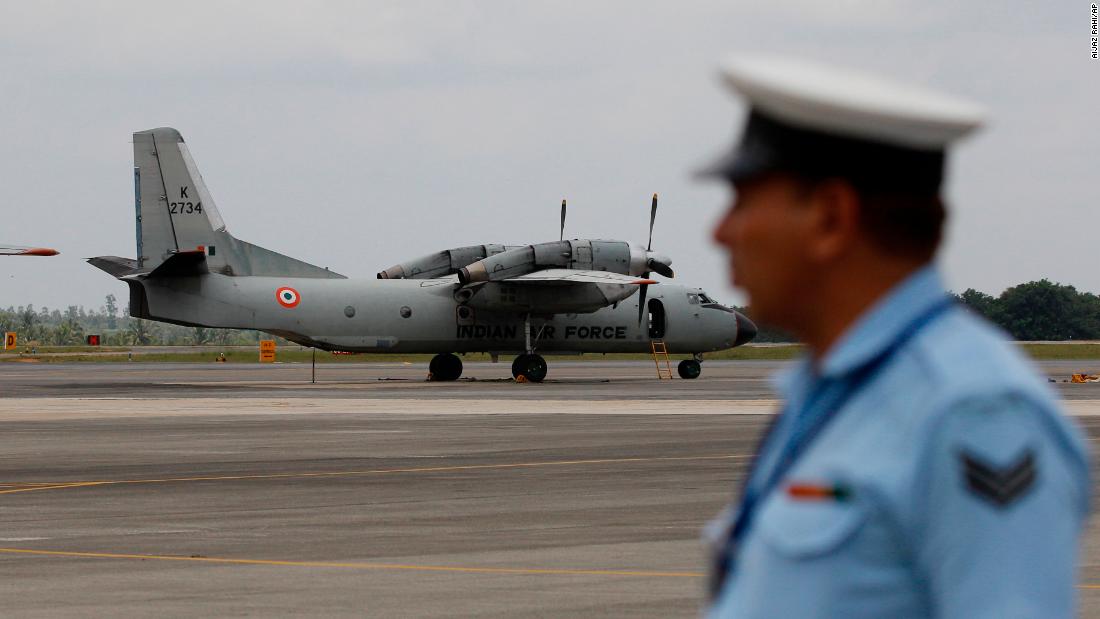 The Indian Air Force said it has not been able to locate the Antonov AN-32, a Soviet-era twin-engine turboprop transport aircraft, after it disappeared mid-flight Monday. The plane took off at 12:27 p.m. in Jorhat, a city in India's eastern Assam state bound for an airfield in Manchuka, about 128 miles (205 kilometers) to the north, the Indian Air Force said on Twitter.The aircraft contacted ground control about 30 minutes after takeoff but has not been heard from since. Families of the 13 Indian Air Force personnel on board have been notified. Search operations were suspended Wednesday due to heavy rain. They are expected to resume Thursday, Wing Cmdr. Ratnakar Singh, spokesperson for the Indian Air Force base in Shillong, told CNN.Newly minted Indian Defense Minister Rajnath Singh said he spoke to the vice chief of the Air Force regarding the missing plane. "I pray for the safety of all passengers on board," Singh said.Geoffrey Thomas, an aviation expert who is editor-in-chief and managing director of airlineratings.com, said it's possible the plane could have crashed in a very remote region, making it difficult to locate.The Indian military's AN-32s have a spotty safety record. The plane and its variants have been involved in more than 15 incidents since 1986, according to the Aviation Safety Network. In 2016, an AN-32 carrying 29 people went missing en route after taking off from Chennai bound for Port Blair in India's Andaman and Nicobar Islands.Thomas said the aircraft's propensity for accidents is likely due to where and how it operates, rather than any deficiency in the plane itself. He said the AN-32 is considered a rugged workhorse often used in "extreme" environments."The Indian Air Force has had a long list of accidents with the AN-32s, there's no question about it. However, given the terrain and given the nature of the operation — military operations are typically are not really as safe as commercial," said Thomas. "The fatality rate is going to be higher."Randeep Singh Surjewala, a spokesman for India's opposition National Congress party, criticized the government and Defense Ministry for continuing to use the AN-32 despite the 2016 accident and not putting enough money into replacing the fleet.Surjewala also claimed that the government has better-equRead More – Source