Trump said on Twitter that he had spoken to Israel Prime Minister Benjamin Netanyahu "to discuss the possibility of moving forward" with a defense pact between the two countries.Judging by his Twitter response, Netanyahu was giddy with excitement. He thanked Trump and said Israel had never had a better friend in the White House.Never mind that Trump's tweet was hedged with cautious wording. There was no announcement of a defense pact. They would discuss the possibility of a pact. There was no promise of action, merely a suggestion that it was something to talk about.And never mind that some of Israel's security experts have examined — and rejected — the idea of a mutual defense pact.Amos Yadlin, the director of Israel's Institute for National Security Studies, said the statement was "clearly about election propaganda."Yadlin, who piloted one of the planes that dropped bombs on Iraq's nuclear facility in 1981 and later served as the head of the Israel Defense Force's military intelligence unit, said a defense pact has benefits, but they are outweighed by the costs, limiting Israel's freedom of action in instances when it feels it needs to defend itself.Such a pact may also require Israel to fight in American wars that have little to do with Israel's security, Yadlin said. 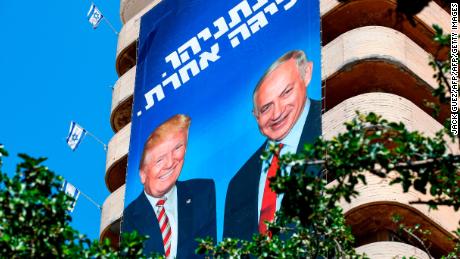 But there's another question arising from Trump's Saturday intervention: Is that it? Is that all Trump is willing to do for Netanyahu this time around?Before April's election, Trump recognized Israeli sovereignty over the Golan Heights, overturning decades of US foreign policy. He had Secretary of State Mike Pompeo visit the Western Wall, accompanied by Netanyahu. Such a move was unprecedented, since foreign dignitaries generally visit alone because of the diplomatic sensitivity of the Old City of Jerusalem. And Trump also designated Iran's Islamic Revolutionary Guard Corps a terror organization, for the first time putting a foreign governmental body on the list. 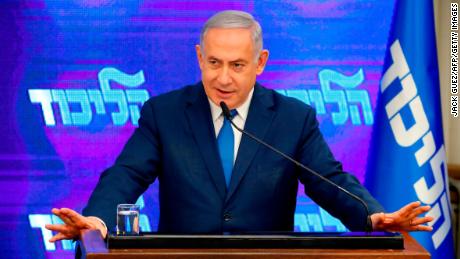 Netanyahu glowed in the spotlight of Trump's decisions. And he was thrilled to plaster posters of the two leaders shaking hands all over Israel. Meanwhile, his opponents could only stand silent in awe. They supported — generally — the announcements Trump had made. And anyway, Trump's popularity in Israel meant there was little to be gained electorally by coming out against him.But the defense pact suggestion was different. It wasn't only security experts who criticized it. Even politicians felt bold enough to call it into question.Moshe Ya'alon, who once served in Netanyahu's Likud party and is now a senior figure in the opposition Blue and White party, wondered on Twitter whether every Israeli operation would have to be approved by Washington and if Israeli soldiers would have to fight in Afghanistan and Iraq.The underwhelming gesture from the White House, and the disapproval it provoked, begs a question that even a few weeks ago would have seemed crazy: In terms of his impact on the political fortunes of Benjamin Netanyahu, have Israelis passed peak-Trump or are Israelis past peak-Trump. 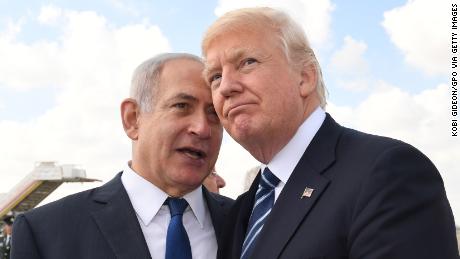 The US President remains incredibly popular in Israel — far more popular than he is in the US. Until recently, only the most left-wing of political parties in Israel were willing to criticize him. Just last month when Trump said Jews who voted Democrat were showing "greaRead More – Source

Screams in the night in Indian Kashmir