With concern about rising anti-Semitism around the world — from attacks in Pittsburgh, San Diego, Monsey, and Jersey City, to a declaration by the German city of Dresden of an emergency around the re-emergence of Nazi ideology — this issue is front and center — made more urgent by the sense that some concrete measures need to be taken.Israeli officials say it will be an important step to have so many world leaders speaking with one voice in one place denouncing racism and anti-Semitism. And they are expressing the hope that more countries will accept the definition of anti-Semitism authored by the International Holocaust Remembrance Alliance (IHRA) — an 11-point definition adopted by 19 countries around the world.But while Israeli officials say it will be the biggest international political event in the country's history — and point to the attendance of Vladimir Putin, Emmanuel Macron and Prince Charles, among many others, to support that claim — two world leaders in particular will be notable by their absence.One is Poland's President Andrzej Duda, who declined his invitation after he was told he could not make a speech at the forum's main event, to be held Thursday at Yad Vashem, Israel's national Holocaust remembrance site. Given that Auschwitz was located in Nazi-occupied Poland, and that more Polish Jews were killed in the Holocaust than Jews from any other nation, Duda felt he should be speaking. "The inability to speak in regard to this matter is against the interests of [Poland]," Duda said in a televised speech earlier this month. 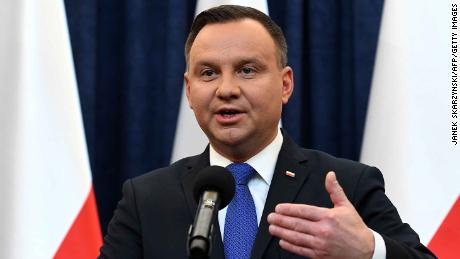 Event organizers say they only ever planned to hear from leaders from Israel, Germany and the four wartime Allied powers: the United States, the United Kingdom, France and Russia. Plenty of other world leaders asked to make an address but were also turned down, Israeli officials add.That Russian President Vladimir Putin gets to speak, and Duda does not, just adds salt to the Polish leader's wounds, as the two men are locked in an angry spat over responsibility for the start of the Second World War. Duda has accused Putin of re-writing history by downplaying the full significance of the 1939 Nazi-Soviet pact, which included an agreement over the division of Poland. For his part, Putin has said anti-Semitism in Poland has been overlooked as a cause of the war.The other world leader whose absence will be felt is Donald Trump. On paper, this would be an easy win for the US President. At a time of growing concerns of anti-Semitism in the United States and beyond, Trump could headline the world's most prominent conference on the issue.Trump has only been here once as a world leader (he visited in May 2017), and this would be the perfect chance to boost his already burnished pro-Israel credentials in an election year. All of which makes his absence that much more puzzling. Instead, the US administration's representative at the conference will be Vice President Mike Pence. Certainly, Pence is no one to discount, but for Israel — and for Netanyahu — Trump is the real star.Sharing top billing with the Pence, at least from Israel's point of view, will be Putin. Alongside Netanyahu, the Russian leader will unveil a monument to the 800,000 victims of the siege of Leningrad. The two men will also hold an important bilateral, with Iran's presence in Syria likely to top the agenda, as it usually does when these two meet. This meeting, though, will be the first since the US killing of top Iranian commander Qassem Soleimani. Netanyahu will likely choose his language carefully, given the close relations between Moscow and Tehran. 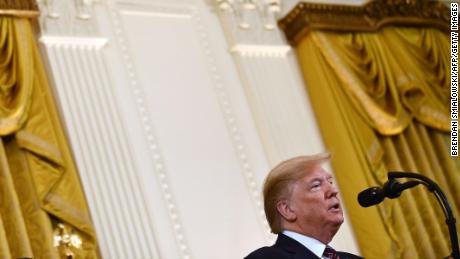 Away from geopolitics, there will be another important issue under discussion at their meeting. Naama Issachar, an American-Israeli imprisoned in Russia for having 9.5 grams of marijuana in her checked luggage, has been a major story in Israel. She denies trying to smuggle drugs into Russia but was sentenced to seven and a half years. If Netanyahu can secure a pardon from Putin — one of the few options of getting her released from prison early — it would be a major political victory for Israel's longest serving leader. Speaking Sunday, Netanyahu sounded optimistic his talks with Putin could lead to her freedom, saying he hoped to "hear good news soon." For Netanyahu, the presence of the World Holocaust Forum in Israel offers the chance to remind his domestic audience of his international standing, as well as seek to convince them of his own singular role in maintaining Israel's security. "In these 75 years, since the liberation of Auschwitz, our people have made a very long journey. We left the death pits and founded our state. We have brought it the best decade in its history, and we are marching it toward unprecedented achievements. However, of course, on this long journey, we will never forget our brothers and sisters who perished in the fires of the Holocaust. It is on their behalf and in their memory that we are working to ensure the continuity of Israel," he told his Cabinet on Sunday. 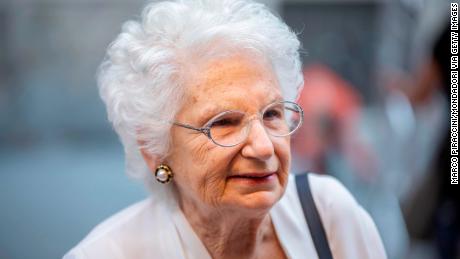 Iran’s Rouhani: nation will never seek nuclear weapons’, with or without 2015 deal

Coronavirus: the fear of contagion rises in Iran

Iran was already struggling with one crisis. Now it has the worst coronavirus outbreak in the Middle East