Children and women are among more than 80 civilians who have been "severely injured," said the medical relief group.Three nurses and a doctor were injured after Idlib Central Hospital was hit by an airstrike that heavily damaged the facility, the organization, which is based in Geneva, it also said."The hospital, which served 11,500 patients monthly, was forced to shut down given the safety risks posed by targeted airstrikes," the group said.The Syrian government said Tuesday its forces seized several towns and villages in the southern countryside of Idlib province after "army units carried out intensive operations against terrorists," the country's state-run news agency SANA reported.In the past two months, more than 832,000 people have fled the last opposition-held territory in Syria, in the wake of a relentless air campaign and a swift ground offensive by the Syrian regime and its Russian backers, according to the latest UN figures. Tens of thousands of people are still on the move. Nearly 700,000 of the newly displaced are women and children, the UN said.But Russian Foreign Minister Sergey Lavrov said Tuesday in his address to the UN Human Rights Council in Geneva that a ceasefire in Idlib would be akin "capitulation to terrorists." 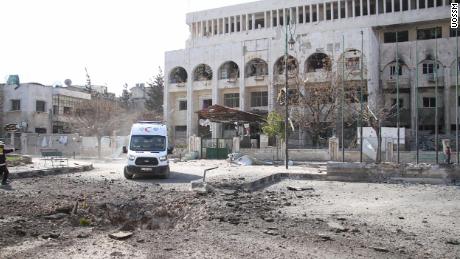 "The desire to justify the atrocities of radical and terrorist groups prevails in the position of some of our colleagues, whether volunRead More – Source